Screen Saver Design: Time to Leap into a New Release Giveaway over at Imagine That! Digistamp 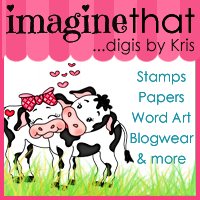 Hey folks! For those of you in the throes of summer I hope that you are staying as cool as possible.  For those of you experiencing fall or winter right now, maybe we could exchange our weather patterns for a bit of a break! ;)

Although I can't complain too much. While the humidity has been hovering around the 36-38 degrees Celsius mark all week, we haven't breached the 40s quite yet.  We only have a small air-conditioner upstairs this year so we've definitely been a bit uncomfortable.  Up until this past week we've been lucky--having a few hot and humid days and then getting a couple days where there is a break.  Tomorrow, the temperature is supposed to drop down to 19 but then starting Sunday it appears to be on an upward trajectory again for the next couple weeks. Hopefully Mother Nature will have pity on us and give us some breaks to allow the house time to cool down.

Anyhoo, earlier today I posted the latest new release giveaway over on the Imagine That! Digistamp blog and due to the special nature of the set, I created something unique for my hubby.  This particular new release set is close to my heart as it was a request I made to Kris. My husband, Raymond, is a French Canadian born in northern Ontario, and he absolutely LOVES frogs! While throughout history many people have used the term Frog as an ethnic slur against French people, my hubby embraced it! I can't even count how many he has in his collection at this point.


So, I asked Kris if she would make a set showing a little boy with brown hair surrounded by his froggy friends and voilà, Raymond's Frogs was born! Both the set, and the post over on the ITD blog and of course here, are dedicated to the man who inspired it.  Check it out... 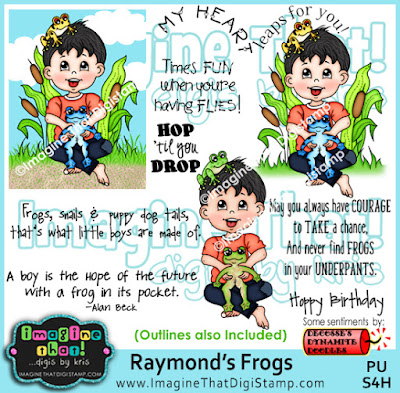 Isn't Raymond just so cute?  I love the expression on his face as he hangs out with his pals! I even created four of the sentiments that appear in the set!


Well, I just had to create something special for my hubby using this set so I designed a screen saver for him. One of the items that he covets is an IPad. He has been talking about getting one for several years; problem is that we just can't afford to waste money on one. So, instead he has an imitation version but for now it suits his purposes. Hopefully, one day I'll find a way to make his IPad dream come true but for now, he'll have to settle for an IPad screen saver instead. 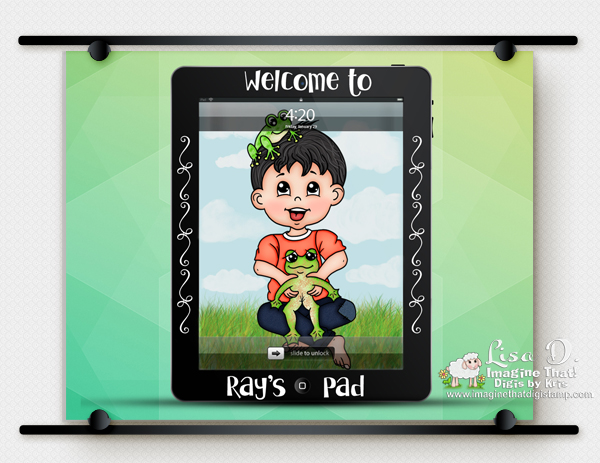 I liked the idea of using the IPad, not only for the reason mentioned above but also for the double entendre of frogs living on lily pads.  I hope that the hubs likes his surprise.

Here are the deets of my project...


Fonts Used:
If you are interested in either of these fonts, simply click the name to be brought to their location.

Would you like to win the Raymond's Frogs set? To be eligible, simply head on over to the giveaway post over on the Imagine That! Digistamp blog which you can find HERE, and follow the instructions for your chance to win.

The A Taste of Summer blog hop ends July 15th at 11:55 p.m. EDT. Only eight people
have linked up so your odds of winning are pretty incredible right now.
Click HERE to find the original post and read all about it.

Well, that is it for this one!  Pop by tomorrow when I'll have a link to the latest freebie over at Scribbles Designs.