Merry Christmas, An Update & An Apology

As always, it is my firm belief that everyone should get at least one present on this day. So here is my Christmas gift to you... 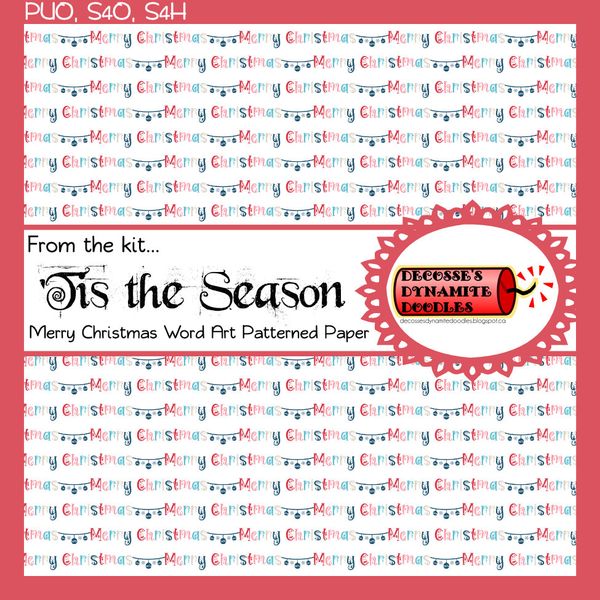 This digital paper is 3600 x 3600 pixels, in jpg format and published at 300 dpi. Credits include: Situjuh (via Creative Fabrica). To grab it, click the download button to be taken to a download location. In the zip folder you will find a copy of the paper, its preview sheet, the credit information and my terms of use which are standard to all my folders.

Happy holidays all! It is my fond hope that each of you and your own families continue to stay well wherever it is you live in this big wide world of ours.

You really have had a rough year Lisa.

I really did not expect you to do anything this year and figured 12 Days of Christmas wasn't going to happen. I really appreciate you creating the paper that you did create but feel that your energy might have been better used looking after yourself.

I hope that your parents continue to improve and that they continue to get assistance if this is going to hang around for months.

Please take care of yourself (and your family).

First...Lisa please take care of your health, I'm so sorry about all you've been going through. Having elderly parents' live miles away with health issues is very hard. Prayers for all of you.

Thank you for sharing the beautiful Christmas paper and all you share, hugs, Lori m

Thinking of you at this time. Hope you and your family fully recover and you have a great 2022.

Thanks for the paper, very pretty. I’m in the boat beside you, hoping for a better year this year. I feel like I was run over by a long train, illness four different times last year. And no idea what happened! But I am grateful that I’m feeling weak now, and am surrounded by the love of my family. So here’s to a more positive 2021! Blessings to you and yours.

Lisa,
I am so sorry that you have had to deal with all the things that you told us about, but you do not owe anyone an apology for anything. What you do for us MUST be secondary to your health and your family. I, myself am still struggling with health issues and there seems to be "no root" as to the reasons why all is going on. They find things through the many blood tests and other tests, but just do not seem to connect the dots and give me a diagnosis and perhaps something to stop all the symptoms. I am now 74 and have been dealing with various problems for many years, but praise my Lord and Savior, Jesus Christ, I am still here. All we go through in life is a part of God's plan for us....we might not like it, but He is in control and knows what He is doing. I will miss your yearly challenge but things change and we just have to go with the flow. Thank you for the lovely paper....it is much appreciated. Hope you had a nice CHRISTmas and I pray that 2022 is better for you. God bless you and your family.
Sharon Field :))

Dear Lisa, I am so sorry to hear about all your parents' troubles. I know you agonize over being so far away from them. We all go through that as our parents age. I hope that you were able to spend some time at Christmas and relax without all the worry. Thank you for the lovely Christmas paper. We will of course miss your 12 Days of Christmas but totally understand. Take care of you, Lisa! Wishing you a Happy Christmas Season (since our priest said it lasts until January 9th). May 2022 treat you with gentle hands. God (and I) love you!

No apology necessary; the gift is lovely! I created so many pieces this season with your papers! Oh, my Dear Friend, may 2022 bring all of us some peace and rest we have not seen in months/yrs! Take care of yourself, and know we all understand your cut backs. Do what you need to do to stay healthy!

Thank you so much for the Christmas paper. It is pretty. I hope your parents get much better. My thoughts are with all of you. Try to stay encouraged. Edwina Brown

Lisa, you have had an anxious year. I hope your Mum and Dad are feeling better. In the part of Australia I live, we were able to get together with family and friends over the Christmas period, which was good, I even managed to get a little shopping done. Take care and Best Wishes for the New Year. Cass