Hope is Not Enough, But it is a Start...

Hope is not enough to change the world, to bring peace, to end starvation and poverty, to provide a decent education for all children, or to prevent nuclear holocaust. Yet it is a critical starting point for building a better and brighter future. All of us are challenged to connect hope to action until we have created a mighty river that will carve a new path to the future. ~David Krieger

Before I publish this week's Wonderful Wednesday post, I feel the need to say a few words regarding the latest tragedy that has befallen us.  It is very hard to celebrate amidst the chaos going on in our world.  For the last several years, I have to hold my breath and hope and pray that another tragic event doesn't happen during the week of my birthday.  Needless to say, another one has hit and more people are dead as a result.

The trend seems to have started with the terrible events that occurred in Waco, Texas so many years ago in 1993.  Can you believe it will be 20 years on April 19th since Waco?  This event ended in the deaths of over 75 people.  Then two years later, 168 more people lose their lives and 680 were injured in the devastating events surrounding the Oklahoma City bombings.  I cried on and off for days over that one.  On April 20th, 1999 we saw the first of what has begun a series of terrible school shootings all beginning in Columbine.  12 more people no longer in this world because of the senselessness of what seems to have started because of bullying.  Then, April 16th in 2007 we experience the unimaginable killing spree which resulted in another 32 people dying for no sensible reason at all with the Virginia Tech shootings.  We had gone six whole years without some terrible event occuring during the third week of April.  I was so hopeful.  Then some terrorist has to try and prove something to the world and three more people are gone, one a child, and so many injured just like that.  There is wide speculation as to what it is about this time of year that draws out so much evil but I guess we'll never really know what propels people to do such horrendous acts.

Now please know that I am aware that the world doesn't revolve around me and my birthday, it would just be nice not to have to spill many, many tears during a time when it would be nice to celebrate.  All I can do is pray for those people involved and hope for a more peaceful world.  I believe it is appropriate to once again introduce one of my older quotes.  The sentiment is certainly appropriate for this time. 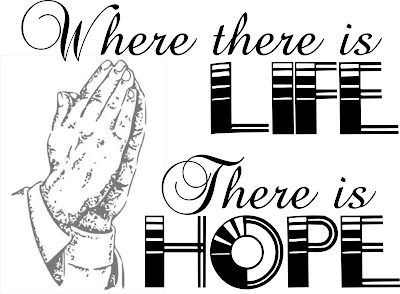 Nikki from Melonheadz has created a beautiful image in tribute of this latest tragedy.  Do go check it out when you have the chance.  You can find it HERE.

I suppose given that list we should be thankful there were six years with nothing happening. Even though I am far away from Boston I really feel for those families affected - not just of the three who lost their lives but the other 170 odd who were injured to varying degrees plus the many many who must have witnessed this tragic event first hand. My thoughts are with all these people.

You are right... totally senseless... don't think we will ever be able to fully understand why people would come to that :(

Lisa, April 19th is a day I will never, ever be able to forget. We had just moved to Texas in November prior to this event. We were less than an hour from Waco on a military base. Chaos was every where that day. I was in the hospital giving birth to my first child and praying that everything would be OK around us. So for me, the day is doubly significant. It's amazing how loss of life and tragedy can be mixed in ones memory with the most precious gift God can give, the birth of my beautiful daughter. As we celebrate her birthday each year, I still pause to remember the senselessness of one man's actions. Some how our world has got to heal and that was my word for this year. I had no idea we would be healing again from such a horrific turn of events.
~Deb~
CDAC DT Member
A Look Through My Eyes

Lisa is your birthday on the 19th?? I know your anniversary is coming up and it is very hard to celebrate when there is such tragedy in the world and on such a huge scale. My husband was one of the first fire fighters to go into the nursery at the Alfred P. Murrah building, which is why celebrating our anniversary always takes the back seat; rightfully so, you just don't 'shake' memories like that.
Thank you for your contribution to helping ease the pain and confusion that seems to befall us this time of year...
Still, I wish your birthday to have a little fun and celebration too. You are so deserving of it!!
hugs,
Lisa x

You have a wonderful way with words. Thank you for the word art. Know that I love & care about you. Big Hugs~Patti

Made by Mandy said...

It never ceases to amaze me how much horrible there is in the world, why do humans have to be so cruel towards others? The recent Boston bombings were truly awful and it saddens me that they clearly targeted people at such a crowded area as a finish line. Of course they are now worried about the London Marathon this weekend too :(

It's funny you mentioning about 20th anniversary of Waco, I wonder if that has any bearing to the timing of the big explosions that have happened there? Maybe it is just co-incidence? Maybe not....

I do hope you will be able to enjoy your celebrations, still mindful of the world around you I am sure. Terrible events such as these will hopefully make each and every one of us grateful for the people we have around us and put our own troubles into perspective.

This is a very nice image for these sad occasions. Thanks for sharing!