Once again, it is time to submit my cards for the Lady Anne's Progressive Christmas Challenge.  This will be one of two posts.  I'd love to combine them but all the linkies are so particular and won't let you submit two images from the one post.  I was hoping to get my first post done before supper and post the second later on in the evening, unfortunately it didn't work out that way so here we are and they'll be going out back to back.  Well, as soon as I get the second one done that is.  All the preamble will be here and the next post will simply be card details.

Each month Lady Anne hosts a progressive Christmas Challenge where we get two images to play with.  As long as we submit a card with at least one of them, we are eligible to receive two more the next month.  Now that is some deal!  She is trying it out for six months to see how it goes.  I hope it is a success, because this is certainly one incentive to help me stay ahead of the Christmas card panic!


This month the sponsor is Stamp -N- Doodle. 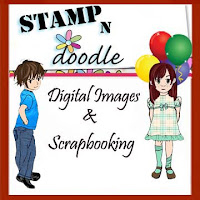 Here is the front of my card... 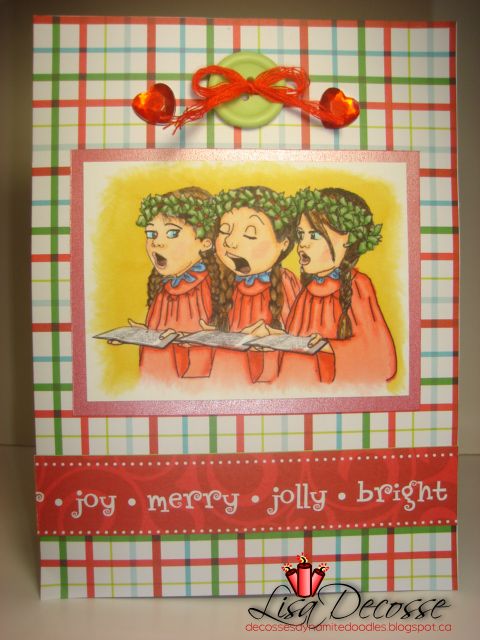 With a closer look at this funny trio... 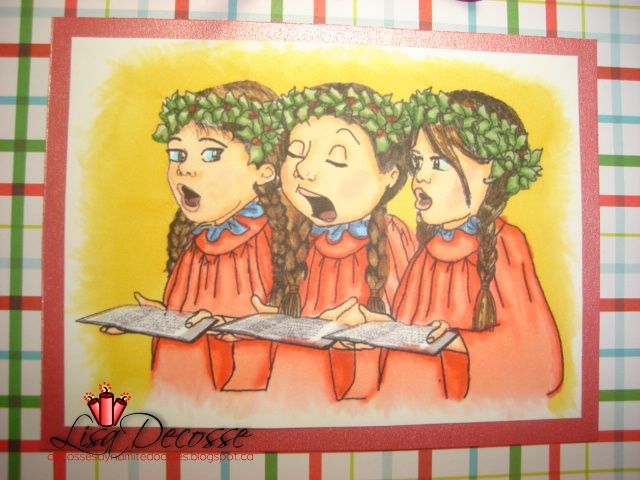 Here is the inside... 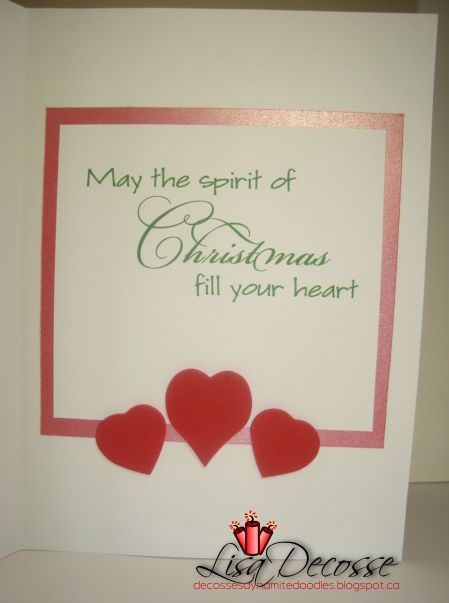 I may add to this list throughout the week and or month.

ohhhh that's fabulous! Totally love that image so very funny. Love how you have colored it up!

This is really cute, Lisa. I've encountered plenty of "those kind of voices" singing in various choirs. You just kinda look at them and think..."really"???
You made me laugh for sure. Thanks for sharing.
Karen
Word Art Wednesday

Beautiful coloring on this project, Lisa! Nice work! Thanks for playing on our street at 613 Avenue Create!
Hugz,
Chana, Owner

Fab card - colouring is lovely - thanks for sharing for both of my CHNC challenges - hope to see you again soon. x

Wonderful Lisa! I love the way you have used this image and your colouring is superb!
Thanks for joining in at Lady Annes Christmas Progressive Challenge and I look forward to seeing what you make with next months images!!
Hugs
Laurian

How pretty. I love plaids. Love what you did with the inside. Wonderful sentiment. Thanks for sharing. Edwina Brown

Oh, Lisa, I laughed out loud. Isn't it funny how we sometimes struggle so much with one particular project? No worries - you hit the ball out of the park - again. Deb

Your image made me smile - great card!
Thanks for joining us at CCC this week!

I'm so glad to hear I'm not the only one spending hours and hours making one card! I do put a lot of time and thinking to chose papers and embellishments. I don't usually have a design in mind when I make a card, and when I do, it never ends up looking anything close to what I had planned for! Your coloring skills are great - you do shades and folds so well.

What a cute image!! Thanks for joining us for the Color Throwdown challenge!

Hi, Lisa! An adorable image! Made me laugh. I'd likely be the singer in the middle haha. What wonderful colors and shading, a wonderful card!